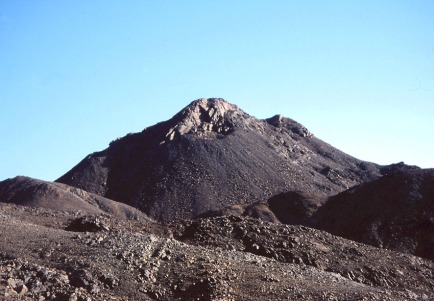 What a quarry! The central summit at Gebel Manzal el-Seyl in the Eastern Desert of Egypt. Nearly 5000 years old. Photo: Per Storemyr

This is how it looks like at Chephren’s Quarry. Photo: Per Storemyr

A grinding stone quarry at the north scarp of the Kharga Oasis in the Egyptian Sahara. Photo: Per Storemyr

A biface (hand axe) in the Wadi Beiza Palaeolithic quarries. Photo: Per Storemyr

The main quarry workings at Rod el-Gamra in the Eastern Desert of Egypt. Photo: Per Storemyr 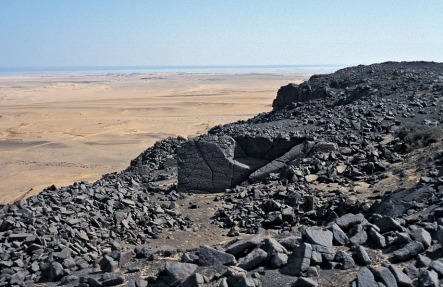 One of the fine Old Kingdom basalt quarries at Widan el-Faras that is now destroyed… Photo: Per Storemyr

This is the place where we bumped into the Wadi el-Muluk limestone quarry in the winter of 1999. Photo: Per Storemyr

A room with a view! A soapstone quarry at Wadi Abu Qureya in Egypt’s Eastern Desert. Photo: Per Storemyr

Pharaoh Chephren’s pyramid at Giza, with remaining casing stones from the quarries at Tura at the top. Photo: Per Storemyr

Egypt is world-renowned for its ancient quarries. Without them civilisation as we know it along the Nile would not have been possible. There are many spectacular quarries, popular way beyond the archaeological community. But there is also an enormous amount of quarries that rarely get the headlines. In the series Ten quarries of Ancient Egypt I have tried to highlight a few of those “unknowns”. They were the ones that particularly touched me during many seasons of walking the deserts bordering the Nile.

Thanks for reading, and for sharing the stories on Facebook between Christmas and New Year 2012/2013! Let’s hope that the quarries, most of which are thousands of years old, will remain there in 2013 and for millennia to come, and not be destroyed by modern development and bulldozers. So that we can enjoy them – and those after us!

Here’s the link to all the ten stories: Ten quarries of Ancient Egypt. Or you can click on the photos in the gallery above to get to the quarries…

I work with the archaeology of old stone quarries, monuments and rock art. And try to figure out how they can be preserved. For us - and those after us. For the joy of old stone!
View all posts by Per Storemyr →
This entry was posted in Ancient Egypt, Archaeology, Old quarries and tagged Ancient Egypt, ancient egyptian quarries, quarry, ten quarries of ancient egypt. Bookmark the permalink.